In Stavern, Norway's smallest town, affectionately known as “The Dimple of Norway”, the unique and charmingly styled streets and wooden houses are still intact. This town was home to many of Norway’s most well known and celebrated artists including Herman Wildenvey and Jonas Lie.

Stavern’s geographical position results in a staggering average of 200 sunny days per year and it is surprisingly hot during the summer. Unusually long spring and summer months offer a natural attraction for a country more used to long winter months, especially when blue skies meet the sea in an uninterrupted horizon.  Stavern has developed into a centre for the arts and galleries and exhibitions are to be found at every corner as the town’s inhabitants swell three-fold in summer.

Norway’s most beloved poet, Herman Wildenvey (1886–1959), is eternally and undeniably linked with Stavern. After a turbulent youth, Herman and his wife Gisken found peace in Stavern, although many years were spent in personal trials and tribulations.  In 1927, their home “Hergisheim” was completed. During winter months, Herman & Gisken would live quietly, however all would change when summer brought fellow artists such as Ørnulf Bast and August Oddvar to Stavern. In 1955, prior to Herman’s death, his old acquaintance and friend Ørnulf Bast sculpted a bust of him. Located at the entrance to Fredriksvern naval base, Herman’s bust overlooks the Hotel Wassilioff, and it is said that he thinks of pleasures of summers gone by.

As a youth, Jonas Lie (1833–1908) was a naval cadet in Stavern and lived in the naval barracks. This setting became the basis of his famous novel “Kommandorens døtre”

(The Commander’s Daughters) which immortalised him in Norway. In his later years, Jonas Lie and his wife Thomasine retired to Stavern, to their house “Elisenfryd” in Larviksveien 22. In memory, a copy of their portrait was etched onto a tombstone that was erected in 1908 – this is located at Stavern Church.

The first main construction in Stavern can be traced to Count Ulrik Fredrik Gyldenløve who built Citadellet on the island of Karlsøy among the idyllic skerries of Stavern in the 1680’s. Karlsøy was later renamed Citadell Isle after the fort. During the Nordic war (1709–1720) the fort became of great importance as the only naval base for the Danish/Norwegian fleet as well as for the ships that continued to sail between Norway and Denmark  with mail and provisions.

It was during these years that naval hero Peter Wessel Tordenskiold made his mark in Stavern. History tells us that he fell in love with a girl from Stavern and legend has it that her ghost now wanders along the ramparts of Citadellet. Gustav Vigeland (sculptor) created a bronze statue of Tordenskiold that stands on a rock in the port overlooking his old berth. Citadell Isle is now an idyllic recreational area. In the early 1900’s , the old Commander’s Residence on the Isle became a holiday retreat and was much favoured by national artists such as Hans Gude, Christian Krogh and Odd Nerdrum who have said that Citadell Isle later inspired their work.
been restored and now houses a village museum..

In 1750 King Fredrik V commissioned the construction of Fredriksvern Verft, which would be Norways premier naval base and largest naval port.Today, the Norwegian Airforce has a modern Academy on this very site, surrounded by the old ramparts.  In central Stavern, the yellow and ochre coloured barracks that were once used as boat sheds and quarters for the Commanders, Officers and crew can still be seen and are well worth a visit.

“Kadettbrakka”, built in 1773, is one of the largest wooden structures in Norway. It was originally built as a navy ware house to store provisions for 1000 men, including the staff on Fredriksvern Verft, for 6 months. The building is an impressive 70m long, 11m wide and 4 storeys high.  The Commander’s Residence was completed in December 1751. The main building has two wings. The first officer to call it home was Commander Herbst. He was also responsible for much of the layout of the naval base.  “Vaktstuen” (The Guardroom) was completed in 1752. The building has two guard houses and a detention cell on the 1st floor. There are 4 smaller detention cells on the 2nd floor.  “Galleiskurene” (dry docks) were built 1766–67. A total of 10 dry docks were built, of which five remain.

By the beach you will find a large rock building. This is known locally as “Krutthuset” (The Powder House), and was built 1774–79 and used as a store for the Norwegian /Danish skerry fleet which was then based at nearby Fredriksvern.

The most outstanding building on Fredriksvern is Fredriksvern Church. Completed in 1756, it is a beautiful blend of renaissance and baroque architecture.

In front of Fredriksvern Church stands a fountain designed by Ørnulf Bast and built after World War II. Inscribed on the fountain are names of 13 men who gave their lives during the war. The fountain is made of a light coloured granite, common to this part of Norway.

The distinct, red cubic houses built on the rocky crags above Fredriksvern form part of the naval base. They resemble old fashioned, traditional Norwegian farmhouse pantries.

Built along the shoreline in 1926, “Minnehallen” (The Remembrance Hall) is Norway’s monument to fallen seamen. The building was constructed by builders from Bahuslen. The monument’s unique pyramid-shaped construction today serves as a landmark welcoming all sailors to Stavern.

Dating back to 1777, the oldest water pumps in North Europe are to be found here. They are located in the vicinity of Stavern City Hall, surrounded by old garrison buildings. In days of old people came here to fetch water, wash clothes and gossip. It is still today a gathering place for the inhabitants of Stavern, but they are no longer accompanied by their dirty laundry! It is a picturesque spot much favoured by wedding photographers.

Captain Ohlsens version of the optical telegraph can be found at Signalen. The optical telegraph, first used in Norway in 1801, was used as a military warning system and a means of communication along the coast of Norway, from Trondheim to Hvaler, until peace returned in 1814. Needless to say the view from Signalen is spectacular.

Trips and excursions to “Svenner” are popular with everyone. People usually make their way here by boat. This rocky piece of coastline with its many nooks and crannies has a spot for everyone. An ideal place for barbecues and relaxing. There is a lighthouse to be found here. Tours are available daily throughout the summer from 17pm 19pm. On a clear day you can see across the Oslofjord to Sweden. The Tourist Information Centre arranges excursions to “Svenner”.

The largest historical site in the county of Vestfold is “Brunla gravfelt” with its graves, wells and hollows dating back to the Stone Age, Bronze Age and late Iron Age. The area is over 120ha. There is an information board in the area.

The longest marked pathway to be found in Norway starts in Stavern. This 35km pathway will take you past 17 campsites, 3000 summer cabins and a totally unspoilt stretch of coast line. Experience the exhilarating sea air as you explore this truly unique area.

On your walk you will pass through Brunlanes, an area of historical interest. Archeological finds tell us that this area was inhabitated thousands of years ago. Finds at Austein farm prove that people settled in this area at the end of the ice age, approx. 10 000 years ago. Few places in Norway can boast of finds dating back to the stone and iron ages.

The coastal path passes small fishing villages such as Nevlunghavn and Helgeroa. You will find impressive rock formations dating back to the iron age in this area. The botanical and geographical features around here are a sight to behold. Other places of interest include a stone church and an old mill, both built in the 1700’s. The latter has been restored and now houses a village museum.. 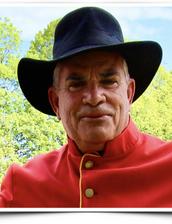